February 1, 2022 will mark the start of the Chinese New Year festivities. A year under the aegis of the Water Tiger. The Water Tiger, third animal in the Chinese zodiac, is a courageous, impulsive, and supportive animal. It is an opportunity to discover Chinese traditions and enjoy colorful parades in music. If you are going to travel to China or live in China, think about the right resolutions by taking out international health insurance to cover you in China! 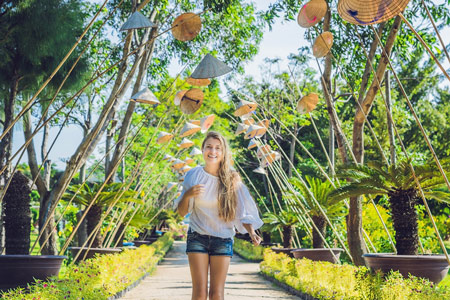 When does the Chinese New Year fall in 2022?

How is the date of the Chinese New Year calculated?

The Chinese New Year, or Spring Festival, is a tradition that dates back over 4,000 years. This year, it will take place on Tuesday February 1, 2022. This will mark the beginning of the year of the Water Tiger, which follows that of the Metal Ox, which began on February 12, 2021. In 2022, the year will therefore begin on the 1st February. The date varies every year because it is calculated according to the Chinese lunar calendar: the first day of the year must take place during the second new moon after the winter solstice, before the lunar phase of the spring equinox.

Chinese New Year is associated with the longest and most important holiday period for Chinese people. This year, the Chinese will be on vacation from January 31 to February 6, 2022. Also, the traditional Chinese New Year holiday is also called the Spring Festival or Guo Nian, in reference to the legend of the monster Nian. It is one of the most important festivals in China.

What are the Chinese astrological signs?

The Chinese astrological signs are 12 in number. Here they are in order of appearance before Buddha:

In which countries is the Chinese New Year celebrated?

Contrary to what its name suggests, this New Year is not celebrated only in China on the Asian continent. It is indeed celebrated in several Asian countries: in Viet Nam (where it is called the Tet Festival), Malaysia, Singapore, Thailand, the Philippines, Indonesia, Hong Kong and even Brunei. A tradition that dates back over 4,000 years, the Chinese New Year is celebrated for a fortnight, until the eve of the Lantern Festival on February 26.

What Are Chinese New Year Foods?

Tasted during the New Year’s Eve, the foods are chosen according to their symbolic good luck. For example, fish (Yù, in Chinese), omnipresent throughout the traditional duration of the festivals (16 days). Nevertheless, it is consumed more particularly, during the family dinner on New Year’s Eve.
Some New Year’s lucky foods include:

What are the Chinese New Year superstitions?

Over time, the Chinese become less and less superstitious. However, by pure tradition, they still believe that the events of the beginning of the year will affect the whole year to come.

The luckiest things to do on Chinese New Year

The most unlucky things to avoid on Chinese New Year

In China, the New Year is being prepared in advance. We clean our house, decorate the windows in red and cook. On the same day, the Chinese go to the temple to pray for luck in the New Year. They also honor their ancestors with offerings. Are you an expatriate in China and want to celebrate it like the locals? Prepare your home, dress up in Chinese clothes and prepare Jiu-based meals, steambites and Chinese ravioli. Don’t miss the parade, it often takes place on weekends but there may be one on the same day.