Accueil » Post-BREXIT: What changes to go to the UK?

June 23, 2016 is a date that future schoolchildren will remember in history as the day when Europe was divided. Indeed, to everyone’s surprise, the British people decided to dissociate themselves from the European project at 51.9%. Negotiations between London and Brussels for an exit deal have been lengthy, brexit formalised and the UK’s exit has been set for 31 December 2020. Negotiations between the UK and the 27 European countries culminated on 24 December 2020 in an agreement that sets out the rules for UK-EU relations in a number of areas. The agreement, which was unanimously accepted by the 27 member countries, came into force on an interim basis on 1 January 2021. 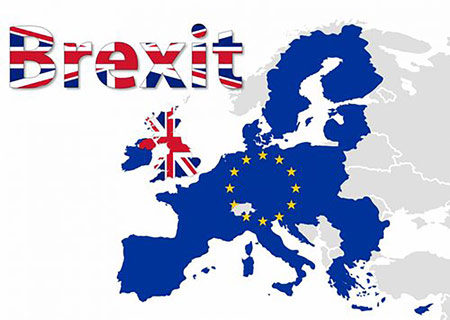 European companies are faced with the problem of tariffs and the implementation of cumbersome customs procedures. The consequences of such an increase are of course obvious for British companies, but they also exist on the European side both in B2B (prices charged by higher overseas suppliers therefore potentially having an impact on profitability, difficulties in exporting European products) and in B2C (customs fees to be added to the postage).

Will you need a visa to travel or work in the UK?

The rules are still evolving but it is now necessary to have a visa for any stay of more than 90 days to travel or work in the UK. This point is expected to be clarified sometime in 2021.

The answer varies depending on your status and the length of your stay in the UK. If you leave for less than 90 days, you will be able to use your European Health Insurance Card until it expires but it is highly recommended to take out supplementary health travel insurance given the medical cost in England. For students in the UK or expatriates and foreign workers in the UK, you will need to take out private international health insurance to avoid medical costs that can quickly be very high.

What are the consequences for European tourists, students and expatriates in the UK?

Whatever the reasons for traveling to the UK,it goes without saying that the cost of living, already very high in the capital, will be even higher. Thus the travel budget or daily living budget will necessarily have to be revised upwards. The Erasmus programme has been halted by the UNITED Kingdom and is being replaced by the Turing programme, the outlines of which have yet to be clarified. If you want to learn English, destinations like Ireland, Malta or Scandinavia now appear as real alternatives for a European student.

Brexit: a challenge that presents itself to the British

Brexit revives the various desires for independence of Ireland and Scotland rather pro-European. On the other hand, many are concerned about the impact of Brexit on the country’s attractiveness, particularly for potential investors. There is also the question of the creation of a new financial center in Europe. Amsterdam seems to be taking advantage of this opportunity to become the place of the creation of a new European financial centre. The British must hurry to make Brexit viable by creating a real series of agreements on the themes of free trade, immigration, EU funding programmes…