Accueil » Travelling and discovering the best carnivals in the world

Discover a country during a festive period like Carnival. Consider taking out your travel insurance especially if you are going to the Americas. The medical cost especially in the USA,Canada and Brazil is very high. 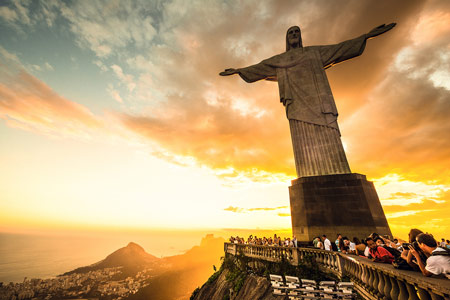 Why are we celebrating carnival?

Carnival is a Christian religious festival that has existed since the Middle Ages. It begins on Epiphany Day, January 6 and ends on Mardi Gras. It is a festive period before starting the Lenten period which lasts 40 days before Easter and during which one must show frugality by not eating chocolate for example…

When is the carnival and when is Mardi Gras celebrated?

The day of Mardi Gras is different every year because it is set on Easter. Easter, always on a Sunday between March 22 and April 25,falls on the first Sunday after the first full moon.

What are the most beautiful carnivals in the world?

Without a doubt, the most famous, the most colorful and the most spectacular carnivals in the world is that of Rio de Janeiro in Brazil. This is a must see if you are a holiday traveler around the world. Floats, dancers, troupes, costumes, music, atmosphere offer an exceptional spectacle. The most beautiful samba schools parade on the Sambodrôme where places are relatively expensive.

Carnival parades in Rio de Janeiro and Sao Paulo, scheduled for late February, have been postponed to April due to the advancement of the Omicron variant in Brazil. The new scheduled date is April 21, 2022, which marks the start of a long holiday weekend.

The Carnival of Barranquilla, Colombia

The Barranquilla Carnival has been recognized since 2008 as Intangible Cultural Heritage of Humanity by Unesco. It is considered to be one of the three biggest carnivals in Latin America, along with those in Rio de Janeiro and Oruro (Bolivia). Carnival is an event of such magnitude that the impatient Barranquilleros are preparing for it well in advance. The inhabitants prepare costumes and choreography at least 6 months in advance and various pre-carnival parties take place in the city, so much the eagerness is lively. The motto is “to party in color and in music“. The carnival, which lasts 4 days, ends with the “Carnival of Joselito”, an invented character who dies of fatigue and intoxication on the last day of carnival by dint of having celebrated it.

The Venice Carnival is also a must-see, perhaps the most beautiful in the world, in a different genre since all the participants are elegantly dressed. The organization can become more sophisticated in the many palaces of Venice on the occasion of the balls.

In northern Europe, the Cologne carnival in Germany is one of the most important. In 2022, the real Karneval will take place from Thursday February 24 to Wednesday March 2. Thursday is dedicated to women who have the right to cut dating ties. A highly symbolic gesture … This is the only day on which the police are allowed to take duty without wearing them. On Saturday evening, a parade of ghosts, a sort of joyful celebration of the dead, in the middle of the street. Concerts, street arts, fireworks and shows of all kinds accompany this event, which has been celebrated for more than 2,000 years. On Tuesdays, each neighborhood, bar or restaurant burns its “Monsieur Carnival” before the party ends on Wednesday March 2, when it is customary to eat fish and start Lent.

The Nice Carnival with the Flower Festival is also a famous carnival. Illuminations, music and fireworks will be there! Each time, the organization announces more than 100,000 discarded flowers, a record! This same Saturday, the spectators will applaud the Corso de nuit famous for its giant characters on the theme “Kings of the cinema”, a parade renewed the next day Sunday 23, during the Nissarda parade, strong of 18 animated floats, show again scheduled but night on the 25th. Return to the flowers on the 26th, just like on March 1st with a final parade during which the king of the carnival will be cremated. To attend in the stands, it is 26 euros. Standing in the bays, only 12 euros.

The carnival in New Orleans in the USA has been for many years among the most beautiful carnivals in the world. Costume obligatory for everyone respecting the colors of the event, mauve, green and gold. Brass bands play non-stop in the squares of the old town, boats with musical stages sail on the river and soloists occupy the sidewalks. In other words, jazz, blues, folk or rock, music reigns supreme!

The Grand Kadooment (or Crop Over Festival) will take place between July 27 and August 2, 2022 in the small town of St Michael. This carnival, celebrated since 1780, celebrates the end of the sugar cane harvest (the island was then the world’s largest producer of sugar). Monday August 3 will be the most grandiose evening of the event. Count at least 100 euros to be seated and have the pleasure of applauding the calypso groups who competed in the many competitions organized during the Carnival.

To finish with beautiful words by Claude François on Carnival

When you smile – I fly to paradise – I go to Rio de Janeiro – I take your hand – And our hearts make more noise – than all cymbals – Carnival.

One of its destinations has conquered you and you want to celebrate Carnival abroad? Remember to take out travel insurance to cover your back in the event of the unforeseen!