Accueil » Get a quote for your international health insurance depending on your situation » Getting an employee to work abroad: Complete guide » What social protection for an expatriate?

Unlike posting, expatriation involves changes in the rights and social benefits of your employees.
In all cases, depending on the country of expatriation, the employee may benefit from the social protection of the country in which he will be working. 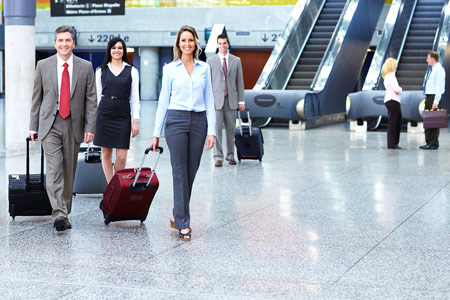 What is social protection abroad?

In the context of expatriation and the employer’s obligation to ensure the safety of its employees, the expatriate’s social protection covers social benefits in particular:

Voluntary insurance for an expatriate

We find different mechanisms in most countries with an appropriate choice to make in terms of health insurance for the expatriate:

Choose expatriate insurance to compensate for the inadequacy of medical infrastructure

In the situation of a weak local health system, you need to purchase comprehensive insurance that will practically “replace” the local health system to cover the expatriate’s health costs. In some countries, the expatriate may benefit from local public insurance. However, in many cases it turns out to be insufficient. It requires taking out insurance that can cover all expenses as well as repatriation to other countries allowing treatment in accordance with international medical standards. The case for countries like Cambodia, Vietnam, Salvador.

A support system that exists but only for locals, and not expatriates. For example, depending on the visa obtained, an expatriate in Singapore may not have access to public insurance. This is also the case in China. Here again, the employee must have private insurance.

Private insurance for an expatriate is strongly recommended also in countries with a public system but insufficient in relation to the needs. The biggest dysfunctions often concern access to care and the slowness of the process. Thus in the United Kingdom, the public system (National Health Service) limits the remainder to be paid but imposes on you sometimes very long waiting times and does not leave you the choice of the specialist. The same is the case for Mexico where the waiting time can be long even in an emergency

This is the case in some countries such as France or Canada where there is a quality local public system that does not cover certain care provided that you can benefit from it as an expatriate. Membership in the local public system is often linked to the expatriate’s residence permit and / or the length of their stay. Even if the public system remains efficient, it will always be essential to take out additional insurance for your expatriate employee. Taking out additional private insurance is strongly recommended in order to allow your employee to be properly reimbursed for their medical care abroad. Also in Switzerland where dental and optical care are not covered by compulsory health insurance, it is strongly recommended to choose additional insurance.

The employee works in a country of the European Union:

He will benefit from unemployment insurance in the country of expatriation.

The employee works outside the European Union:

Depending on the employee’s country of origin, he or his employer may register before departure for a voluntary scheme contributing to insurance allowing him to be compensated in the event of unemployment.

The calculation of pensions

To calculate the pensions due by each country, the plans use the most favorable amount between the results of the following 2 calculations:

The higher of these 2 amounts, for each country, is used. The pensions of the different countries are then added to give the total pension. Each country pays its share of the pension directly.

Please note, retirement is not granted automatically, the employee must request it.

By leaving their country of origin, your employee does not waive all social security coverage. Health, unemployment, retirement… everyone has the right to social protection. However, some factors vary from country to country; you will therefore have to familiarize yourself with new procedures.