Accueil » The best destinations to spend the New Year

Wondering where to spend your New Years? Want a change or even cultural discoveries? Mondassur has put together a short list of the best destinations to go to to celebrate the New Year all over the world! 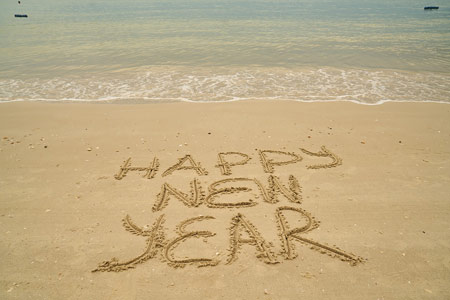 Prague is one of the most affordable capitals in Europe. You can enjoy the magical atmosphere of the end of the year celebrations in this city of incomparable charm in winter. Locals gather in a square in the old town on the evening of December 31 to watch the stroke of midnight, before marveling at the fireworks display. Bonus: You will find parties at low prices all over the city. There is something for every taste !

Barcelona is renowned for bringing together young people from all over the world and providing them with a place to party all year round. Even though Spaniards often opt for a New Year’s Eve with the family, you’ll find plenty of celebrations on the evening of December 31st in this tourist town. Catalan nights tend to start late, giving you time to try your hand at the famous tradition of lucky grapes. The principle is simple: you just have to swallow twelve grapes one by one during the stroke of midnight. The custom says that the lucky ones who will have managed to swallow it in rhythm will live a happy year. Bonus: The temperatures are pretty good, even in winter!

Considered one of the best cities in Europe to spend the New Year, Amsterdam has something for you for this holiday season. The city is one of the most popular in Europe for the many activities that there are to do: visit of the city, many atypical bars and restaurants … If you like festive atmospheres, go to the red light district or to the Oosterdok. Rembrandtplein, Nieumarkt, Museumplein and Dam Square are also iconic places in Amsterdam.

Berlin, the party capital of Germany and Europe. This is the city that never sleeps! Every year, hundreds of thousands of people come to Feistmeile to count down to midnight and witness a gigantic fireworks display. The unique atmosphere is created thanks to live musical performances on numerous stages, international stars, gastronomy… After midnight, you can dance until the early hours in an open-air disco.

La Dolce Vita to end the year and start the next one isn’t bad, isn’t it? It’s the embodiment of a life full of love, good food… An excellent reason to visit and spend New Years in Italy. In Rome, spend New Year’s Eve in Piazza del Popolo where the whole city comes together in a friendly and festive atmosphere. Everyone shares and toasts a long part of the evening together. Then, at midnight, you can enjoy the fireworks display from the Colosseum. Rome is an ideal destination for lovers, friends or family to savor the festivities that take place all over the city.

How not to talk about the great classic of New York’s Day in New York? The most famous city on the east coast of the United States guarantees you an extraordinary New Year’s Eve. New York’s New Year’s Eve festivities begin in the afternoon. The city is one of the last to enter the New Year. The New Year in every country in the world is celebrated in Time Square, hour after hour. You will be able to witness the famous Times Square Ball ceremony, which is a luminous hourly ball. The ball slowly descends from 11:59 p.m. on a pole on the roof of One Times Square to land at midnight sharp. Almost 1 million people spend New Years in New York in this square!

Bangkok, also known as the “crazy city” is a must-see destination. New Year’s Eve in Bangkok is internationally known for its dynamism. If you dream of an end of the year in the sun under almost 30 degrees, in shorts, Thailand is for you! In addition, the welcome and smiles of the Thai people will allow you to bathe in a friendly atmosphere.

The Australian city is organizing an unforgettable New Year’s Day, between barbecue on the beach, sun and coconut palm, and party until the early hours of the morning. This night of festivities is marked by the fireworks display around the Harbor Bridge. A first fire is fired at 9 p.m. for the youngest and another at midnight.

Do you want to experience an exceptional New Year’s Eve? Stay in Rio during this period! The magic of the fireworks on Copacabana beach, feet in the water, surrounded by celebrating Cariocas, dressed in white and free concerts all along the beach! Enjoy the end of the year festivities in midsummer. This will give you the opportunity to enjoy a swim or even go surfing at the stroke of midnight!

In addition to the Chinese New Year celebrated in February, Hong Kong celebrates the New Year on December 31 with the rest of the world. The festivities include massive countdown parties, grand fireworks displays and live concerts. The bay and the skyline of Hong Kong light up, set ablaze with spectacular fireworks that are reflected in the skyscrapers.

Have you decided to spend your New Year abroad? Remember to take out your travel insurance before leaving in order to fully celebrate the first day of the year. . Mondassur will always be by your side throughout the year to help you compare the best travel insurance and find the right expat insurance to your situation worldwide !
And… Happy New Year 2022!

Patricia Fontanals
Verified
Mondassur delivers excellent client service. Our insurance agent is always available and quick to answer all our questions. Thank you!!

Bwana Pato
Verified
I am super pleased with the efficiency and ease of getting started.
Google rating score: 4.3 of 5,
based on 72 reviews.